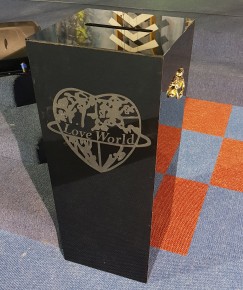 Pulpits in South Africa – Best pulpits in Johannesburg. Pulpit is a raised stand for preachers in a Christian church.  a pulpit elevated enclosed stand in a church in which the preacher stands.The traditional pulpit is raised well above the surrounding floor for audibility and visibility, accessed by steps, with sides coming to about waist height. From the late medieval period inwards, pulpits have often had a canopy known as the sounding board or above and sometimes also behind the speaker, normally in wood. Though sometimes highly decorated, this is not purely decorative, but can have a useful acoustic effect in projecting the preacher’s voice to the congregation below. Most pulpits have one or more book-stands for the preacher to rest his or her bible, notes or texts upon.

Pulpits can seem imposing and create a natural barrier between speaker and congregation. While churches may keep elevated platforms to make those on it more visible, many have abandoned the use of traditional wooden pulpits in favor of less religious-looking fixtures. Pulpits, in churches, elevated platform with low enclosing sides. Pulpits early became objects of fine craftsmanship. If you are looking for the best pulpits in South  Africa  go to Acrylic Displays

What is a pulpit used for?   :A pulpit is used for giving sermons in